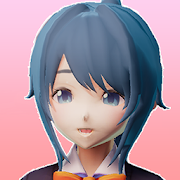 Description of After School Simulator [0.71]

After School Simulator [0.71] updated on Sunday May 31, 2020 is the Simulation for Android developed by masakam1

Description :
After School Simulator is a third-person action game with high-quality low-poly graphics, an open area of an entire district, a fascinating plot, battles and a variety of actions that are not related to the main story. The main character will be a student who went for a walk after school and will be drawn into the intrigues of a secret organization. She witnesses the existence of monsters and is the only person who can save this city and the whole world. The players help her tackle various problems while not falling outside of her usual life plan.

Japanese High School Simulator like a Open world game PLUS Rogue like action shooter
yamada tries to solve a reason of appearing of monster from another world.
yamada will be involved in a intrigue of unknown organization ‘GAFA’

Check a statue in a school, and the world becomes another world.
And then find the statue and knock a boss down!
Before knock the boss down, get enforce items from treasure boxes, fight zako enemies and level up.
But, if it takes time, enemies become power-up.

Let’s customize your character freely with a feature of making avatar.
Lots of achievements

****IMPORTANT****
I used google translation for in-game localization as short development.
I plan to localize.
Sorry for inconvenience.

If you talk and present to students and animals and citizens, and become friends, they start to fight with you.
Let’s keep a piece of city with co-operation.

You can’t afford to buy presents?
Try part time job or sell a dropped items, and get money.

You want to grab money from students or citizens!?
If you attack citizens, police starts to chase you.

***I plan to add features by continuous updates.

Whats new of After School Simulator [0.71]

You can change skin color.

Fixed not able to get a weapon if died at a mission.