Forge of War: Epic RPG with Hero Action Adventure [1.0.09] updated on Saturday November 6, 2021 is the Action for Android developed by GREENPIXEL LTD

Welcome to the fantasy world of Forge of War — one of the top 3D action adventure games where you can be any rogue hero like warrior or hunter and become the legend of the realm. Nothing will stop you, except for hideous monsters that you will have to defeat on your way to glory in one of the most epic RPG games you’ve ever played. 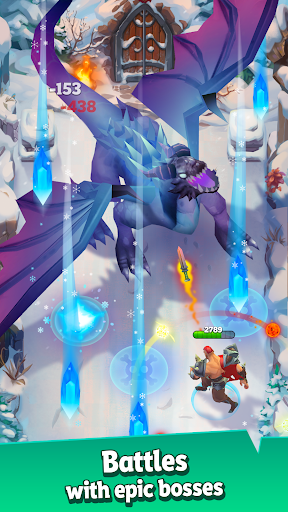 The unique action RPG mechanic makes it stand out against other roguelike games and will never let you get bored. Each new attempt at getting through the countless hordes of enemies, unlike in many fantasy RPG games, will be completely different. This roguelike RPG game will allow you to combine acquired skills of archery, spear throwing, or swordsmanship in a new and more effective way. Rush your hero to the victory, using different magic skills, and turn a simple rogue to a real dungeon master. The more attempts you make, the farther your hero will get in the journey, slicing through enemies like a hurricane of wrath and pure rage. Moreover, you can play this action adventure RPG offline and improve your warriors.

As most online hero games and RPG games do, Forge of War allows you to improve your characters. It’s not just an archery game and it’s far more than any of the regular dungeon games:

• Collect and utilize powerful weapons, whether a sword, bow, and arrow, spear, etc.;
• Use special spirits to boost your warrior’s might;
• Put the strongest armor on your character to give them better protection from enemy attacks in every arena;
• Equip your warrior with rings that provide additional boosts to various traits in this fantasy RPG; 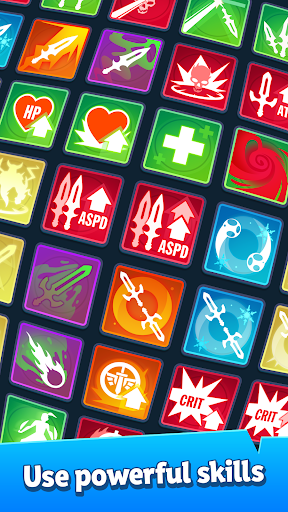 • Take advantage of amulets to come on top in battles in each of your attempts at this roguelike game;
• Improve your warriors’ equipment using special scrolls to increase your chances at victory in this epic RPG.

The fantasy world of Forge of War is not an easy place to survive in, which makes it drastically different from most mobile action games. Depending on your characters’ main features – bow masters or expert swordsmen – you should improve their talents accordingly to achieve the best stats and help them become a true dungeon master: 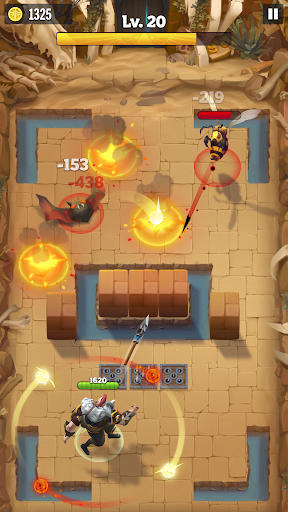 Unlike hunting games and most fantasy games for free, Forge of War offers its players a simple and intuitive interface that they can master in a blink of an eye:

• Simple controls allowing to play with just one hand; 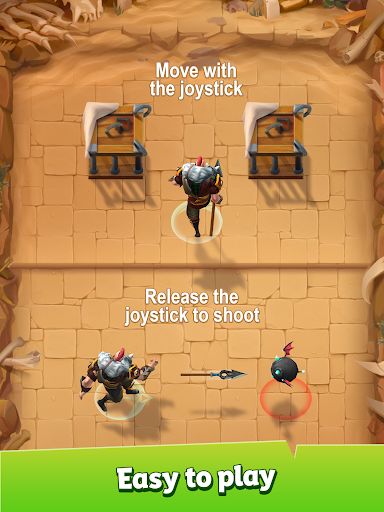 • Tutorial at the beginning of each battle;
• No special buttons or complex combinations – either move or attack;
• Get bonuses during the battle, improving your chances at success;
• Open free chests with coins, diamonds or equipment on a regular basis;
• Unique fights with bosses and tons of enemies with unique traits;
• Offline gameplay.

Join one of the most captivating RPG games for free today. The world of Forge of War is waiting for you to join the battle! Download and start playing now!