Swords and Sandals Crusader Redux [1.0.5] updated on Monday September 13, 2021 is the Role Playing for Android developed by eGames.com

Brandor is at war! Gladiator,step out of the arena and defend the realm from Emperor Antares! 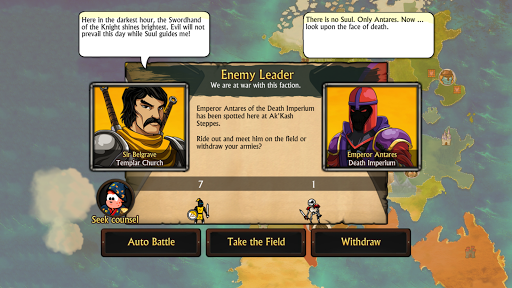 Swords and Sandals Crusader Redux is a strategic wargame about raising armies, fighting battles and conquering lands in a fantasy world.

For the first time since 2007, the beloved Swords and Sandals Crusader returns to your screen, reforged and remastered from the ground up. Relive the classic strategic wargame with all new additions such as tournaments, mini-adventures and survival mode! Everything you loved about the original Crusader, only bigger, brighter and better than ever. New missions, new features, same classic Crusader action!

** PLEASE NOTE. THIS FREE VERSION OF THE GAME ENDS AFTER CHAPTER ONE OF THE CAMPAIGN. YOU CAN PURCHASE EITHER MAXIMUS OR ULTRATUS MODES TO CONTINUE YOUR ADVENTURE! ** 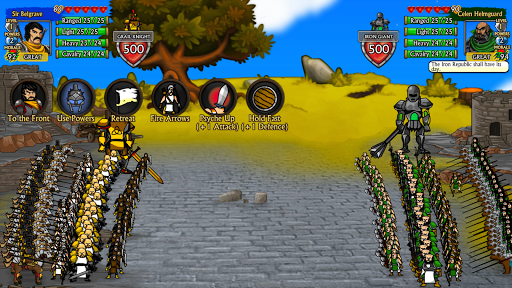 * An addictive strategy wargame for the time-poor, for those who yearn for the days when games were simpler and more charming.
* Fast paced and easy to pick up tactical game play. No complex rules to master, no steep learning curve to frustrate and overwhelm you.
* Take part in an epic campaign spanning 9 chapters and 49 missions, told from the perspective of each of the eight crusaders.
* Turn based tactical combat in classic 2D fashion. Fire arrows, cast powerful spells, taunt your enemies or send out the cavalry!
* Summon wizards and powerful colossi to aid your army, creatures of legend such as The Grail Knight and the titan Spheracles
* Choose from Brandor’s greatest heroes including King Lionel and Sir Belgrave or nefarious villains like HeChaos and Arglaxx.
* Joust in tournaments, duel against other heroes, go cliff diving, go on grand mini adventures, defend your castle in epic sieges. 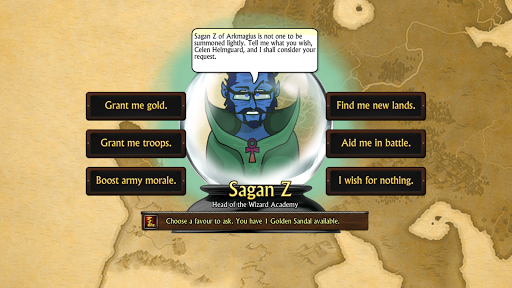 This version of the game stops after you complete CHAPTER ONE. You can unlock MAXIMUS mode to unlock the full campaign!

* Campaign Mode : An epic tale following the eight factions vying for control of Brandor.
* Maximus Mode also turns off all in game ads!

Purchase the ULTRATUS MODE unlock and also get access to:

* Conquer the Realm Mode [ULTRATUS ONLY]: Crusade your way! Customize every aspect of your game, from permadeath to wandering monsters to special events. 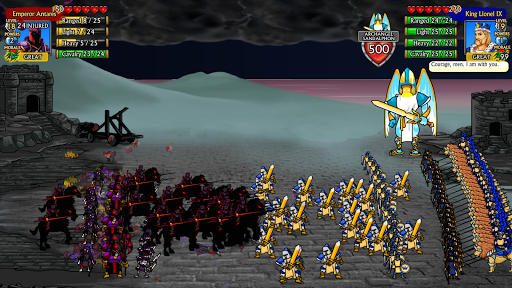 Since 2005, the Swords and Sandals series has been delighting fans both young and old. With over 12 games comprising of both the original and Redux series, now is the time to dive in and live the gladiator life!

The Battle For Brandor has begun, which side will you choose?