ProtonMail - Encrypted Email [1.13.39] updated on Tuesday December 14, 2021 is the Communication for Android developed by Proton AG

The Swiss-based ProtonMail secure email app combines state of the art security features with end-to-end encryption while being intuitive and easy to use. Used by millions worldwide, the ProtonMail app respects your privacy and is secure against cyberattacks. 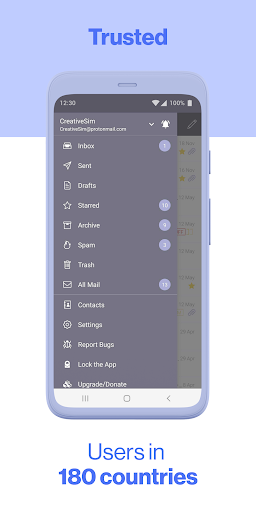 The Wall Street Journal says:
“ProtonMail offers encrypted email, which makes it virtually impossible for anyone to read it except the sender and the recipient.” 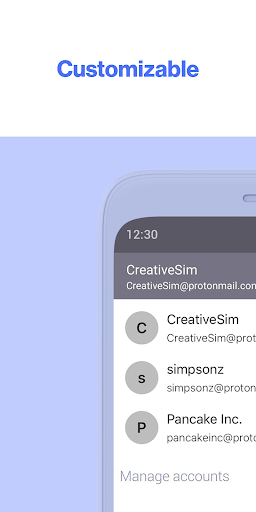 Why use ProtonMail?
• ProtonMail is 100% free with no catches. If you like using ProtonMail, you can upgrade to a premium account
• Automatic ‘easy-to-use’ end-to-end encryption that is invisible to the user
• Zero-access encryption storage formatting that not even Proton can read
• Open-source encryption that allows inspection by security experts from around the world
• ProtonMail is hosted entirely in Switzerland, under the protection of the world’s strongest privacy laws

Industry Leading Security Features
Messages are stored on ProtonMail servers using end-to-end encryption at all times and are transmitted in encrypted format between Proton servers and user devices. This largely eliminates the risk of message interception. 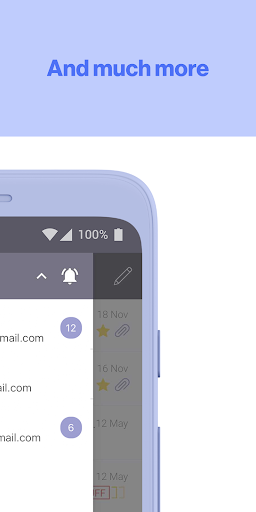 ProtonMail’s zero access architecture means that your data is encrypted in a way that makes it inaccessible to us. Data is encrypted on the client side using an encryption key that Proton does not have access to. This means we don’t have the technical ability to decrypt your messages.

Open-Source Cryptography
ProtonMail’s open-source software has been thoroughly vetted by security experts from around the world to ensure the highest levels of protection. ProtonMail only uses secure implementations of AES, RSA, along with OpenPGP, while all of the cryptographic libraries used are open source. By using open-source libraries, ProtonMail can guarantee that the encryption algorithms used do not have clandestinely built-in back doors.

ProtonMail in the press:

“ProtonMail is a Gmail-like email system which uses end-to-end encryption, making it impossible for outside parties to monitor.” Forbes

“A new email service being developed by a group from MIT and CERN promises to bring secure, encrypted email to the masses and keep sensitive information away from prying eyes.” Huffington Post

Our open-source code base: https://github.com/ProtonMail

* Improved the handling of a rare error when trying to send a message with malformed attachments.