Fantasy Heroes: Legendary Raid is an addicting, colorful, adventure, fantasy role playgame made in the unique traditions of the hack and slash Action rpg genre. 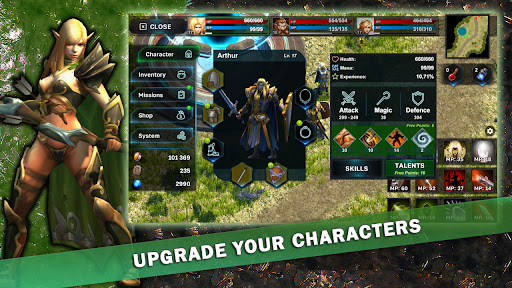 At your disposal, unlike classic roleplaying games, not one character, but as many as THREE. Create your own special party of heroes and embark on a legendary journey.

Our ARpg is very dynamic, but at the same time gives you the opportunity to fully immerse yourself in the atmosphere of fantasy action RPG adventures.

This is a very distant land. You will not find this place on any existing map. And this is good, because if you and I had found out about it, we would also have rushed there in search of the greatest treasures. 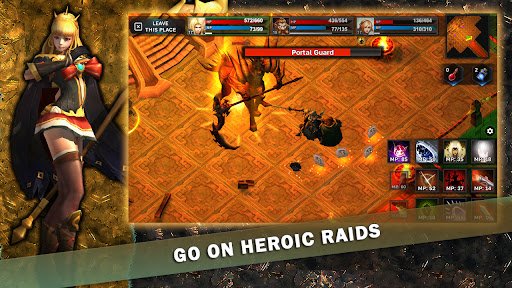 But this is not the point… Here and now, we are talking about three brave heroes who were connected by a common cause by the will of fate. And this is a great journey, full of adventures and dangers,
at the end of which a worthy reward awaits each of them.

At least, that’s what the legend says…

◉ Control a whole group of heroes – Create your party from six possible heroes.
◉ High quality mobile graphics – Immerse yourself in this stunningly beautiful RPG world.
◉ Colorful battles – During the battle, even the most ordinary attacks will delight your eye with their visual effects.
◉ Roguelike & Adventure – Travel in this role-playing world both in open spaces and in closed caves, in which treasure will certainly be waiting for you.
◉ Improvement system for equipment, heroes and skills – Upgrade your characters, raise their levels, learn new talents and set char points. Do not forget to improve your equipment and upgrade the skills of your heroes.
◉ Beautiful, atmospheric music – If you are used to playing without sound on your phone, then you have a lot to lose. The soundtrack here is very beautiful, atmospheric and even meditative in places, but why should we write about it, it’s better to hear it once than read about it a thousand times.
◉ Easy control – Your heroes will make main attacks without your participation. And you, as a real commander, the main thing is to use the special skills of your characters in time to change the course of battles in your favor.

You can play our roleplaying game absolutely free without an internet connection, i.e. completely offline. We have no energy limits for characters or the number of turns.