The Blackout Age, rpg survival takes place in a postapo world generated on a Real Map. The player can start from their actual GPS position, but it is possible to play without geolocation since pandemic 🙂 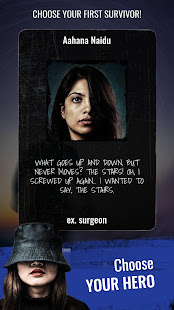 In this top geo, RPG survival game, the player takes care of a Shelter, hunts wild Aliens, crafts Weapons, and virtually participates in the GPS Missions generated on the map in Real Cites. Blackout Age is a story-driven Role-Play Adventure in a Mixed Reality.

The player leads a group of scavengers who Scavenge buildings for loot and resources, care about other Survivors, and fight against Aliens who spread like a Virus on Earth after a global Blackout.

The Blackout Age world, our World, is full of unique intruders from the whole Galaxy who came from distant Planets and invaded the Earth through the Stream of Worlds system: a sci-fi technology designed for interstellar conquers by the Ancient Civilization.

Hardcore fans will have plenty to do in this tactical and realistic survival game. They not only scavenge their own home but also check for unique spots in Reality in the neighborhood.

They can also travel or teleport to other Cities and Countries. All of our Planets are playable!!!
It is possible to scavenge Paris, London, New York, Tokyo, Beijing, Berlin, Sydney, Dubai, Chicago, Rome, and over 30000 other cities! 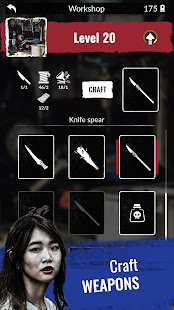 A wide variety of locations is essential because Police Stations spawn guns, Hospitals give MEDs, local Shops bring Food, fuel can be looted from Gas Stations, Schools gives books.
For our players, we have a real map sandbox, a Survival State with millions of different buildings, ready for scavenging or setting up a shelter.

WORLDWIDE WAR
It is the Last Day for the Human Race and we have to fight with aliens across the globe – Each player Leads a Shelter and Scavengers to greatness and fights until the Last Man Stands. Players are competing on one of the 3500 different leaderboards. In Great Britain and US we have separate leaderboards for players in London, Manchester, Liverpool, Birmingham, Leeds, Glasgow, Chicago, Dallas, Orlando, San Francisco, Los Angles, New York, and more.

APOCALYPSE IN REALITY
Every real building is available for Scavenge in our game. The player can move in reality and start scavenging from his mobile GPS position.
. 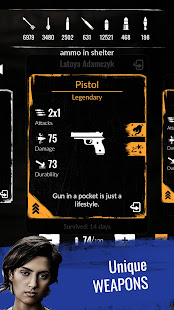 CRAFT AND SURVIVE
The player can build upgrades and facilities inside the shelter. It is also possible to craft unique alien weapons in Zombie Survival Style and all the necessary Survival Equipment. Players can also construct buildings in their own city or country!

ADVANCED HEROES
You can attack your enemies from a distance, defend at close quarters, increase Scouting or Scavenging Skills, or the 7 other skills. Did you know that your Hero can be an ex. Game Designer, a Bitcoin Miner, a Zombie Killer, or a Monster Slayer? We have 900+ different professions!

STRATEGIC GAMEPLAY
You have to be very careful – this is war, real war, wild and brutal. Your Heroes die forever! So choose wisely between starting another battle and escaping to avoid a situation where it’s the last day on Earth for them. 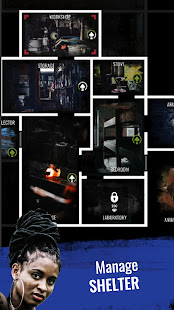 MONSTER SLAYER TIME
To be ready for this state of survival, you must fulfill many missions in order to understand what really happened! How would the Hopper tribes like to spread the Epidemy to kill all the people? How are Crabbers overtaking each subsequent planet by using biological DNA manipulations? How are the Demons killing people and why are they doing this?! Find yourself in a buried town and find echoes of great human civilization in this dead city.