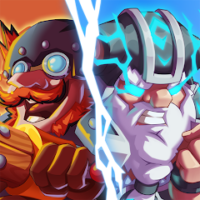 Random Rush – Tower defense | TD Royale Dice is a fantasy new tower defense game (Random Dice)! Strengthen your defenses and get ready to defend your kingdom from the forces of evil! Immerse yourself in an addicting game that will not let you get bored even for a minute!

Monsters (goblins, dragons, orcs) and their BOSS are coming !!! How many enemy attacks can you defeat? Combine your heroes and create the best and most powerful army to defeat the enemy. Win rewards and collect more rare and high-level heroes! In Random Rush – Tower defense | TD Royale Dice you can enjoy both collecting decks and strategy to defeat your enemy! Unlock and develop powerful heroes to prevent enemies from taking over the kingdom.

● Free and easy to learn the game! See for yourself!
● Collect your powerful battle deck to defeat your opponent.
● Combine heroes of the same level, and you will get a stronger army!
● Extensive strategic opportunities! Change tactics on the fly to defeat your enemies!

● Open chests to get rewards, as well as get new heroes and improve them!
● Defeat monsters in fast-paced and epic battles!
● New story chapters, enemies, and heroes appear regularly! 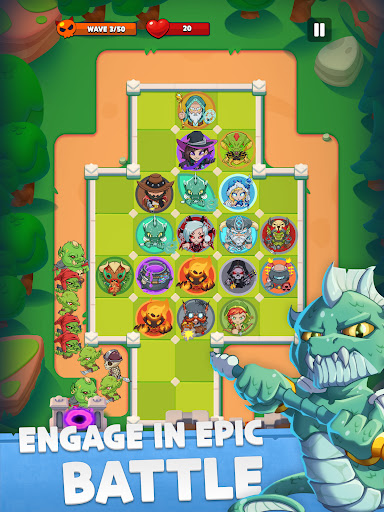 Random Rush Game – Tower defense | TD Royale Dice is free, but in-app purchases can be made with real money.

Added login and save via Google play services, fixed display of ads, fixed a bug with training, made optimization and fixed a few more bugs