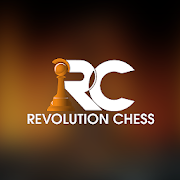 There is a secret game within the realm of Chess. The same pieces and board but the setup starts in the corner of the board. This arrangement gives the King has ultimate defense and the pawns maximum offense. The rules are identical to standard chess. Only one new rule is add. Pawns can move either North or East of the board. This modern setup makes for an explosive strategy game in warfare. Players are playing the same game in unfamiliar territory. One wrong move could mean your undoing. There are 20 Possible Opening moves in Chess. In Revolution Chess there are 27 possible opening moves. If chess was a video game Revolution Chess would be level 2.