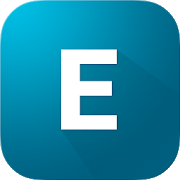 EasyWay public transport [4.0.0] updated on Friday June 5, 2020 is the Maps & Navigation for Android developed by EasyWay

- App works with transit cards now, KyivSmartCard has been added in the current release, new cities will follow

- Added static transit maps (feel free to email us if a static map exits for your city, but not yet added to the App)

- Address database has been significantly improved, including business registry

- Lot's of minor improvements and fixes based on your feedback