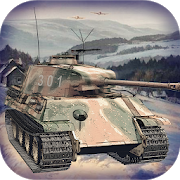 “Frontline: Eastern Front” is a turn-based operational strategy WW2 wargame that puts you in command of the German forces as they try to push their way into Russia during Operation: Barbarossa, Typhoon, Zitadelle(Kursk)

The variety of maps and battle situations is what makes “Frontline” so different and engaging: you are confronted with blitzkriegs, trench wars, aerial fights, but also unusual situations such as capturing important documents.

Fight your way through 30 WW2 battles – Aim your targets carefully, counter-attack and strategically coordinate your Squads. The study of enemy tactics and the use of Special abilities will lead to victory!
Frontline: Eastern Front is a hex-based strategy World War 2 wargame with real historical units, maps, countries, factions, strategy&tactics. In this wargame you get to lead your army to victory by conquering objectives in any strategy you find best.

New units become available as you progress through the campaign based on your ingenuity, skill, and tactics.
Units improve and unlock new behaviors once they get the experience needed, abilities that will prove indispensable in battle: Camouflage, Sabotage, Over-watch, Smoke, AT grenades, Artillery barrage, Shell Shock, Transport, Special Panzers, APCR, Suppressed, Routed, M.I.A, K.I.A, Infantry Charge.