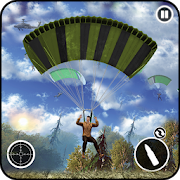 Free Squad Survivor :Modern battleground 2k18 [Varies with device] updated on Friday May 29, 2020 is the Action for Android developed by 2K18 games

Free Squad Survivor : Modern battleground is top rated free to fire shooting game with tactical actions of modern world war. Battleground of free squad is going to give you hard time for your survival. Experience realistic war actions and shooting skills & sounds of unknown squad of battle arena where you have to go through tough situation, go thorough wreak, havoc and ultimately epicness of survival. This is the time for call of infinite war, a furious battle is going to start to end the terrorist mafia. Combat soldiers with stealth and military techniques are ready to fight. Build your squad for shooting and lots of action games.

Firing squad owes best intense battle actions what a grand gunner really wants. The myth of unknown battleground with ammo, sniper rifle guns, and special lens. Get set for firing squad: modern battleground, step into island with parachute loot and forage weapons, provisions and other survival war kit for last survival in shooting battleground games. Your duty is to win the battleground. Be the strong member of squad, explore battlelands of battle arena, loot, survive, craft, shoot and do every possible trick for your certain survival in this battlefield.

Free Squad Survivor : Modern battleground is not only free sniper game but it also allows you to ambush your enemies. Safe zones are very rare so aim and shoot carefully. You are in the middle of shooting battleground. Ultimate survival shooter game requires you to be the hero of this furious battle. Survive as long as you can. Locate hidden enemies and unleash them to death like an accurate sniper shooter. Firing squad demand you to free shoot, counter rival attack with awesome riffle skills. Follow the rules of survivor. Use lethal weapons and realistic ballistics and intricate your enemies in survivor shooting game.

Challenging missions of the modern war, Strategic combat with survival tactics along with smooth controls and rewards. Loot your enemies collect legendary stuff and shoot them all to dexterity your way towards victory.

Do not forget to rate us. Your suggestions are welcomed. We will try our best to accommodate your consults in next update.