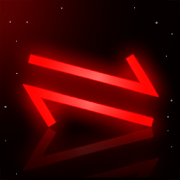 Equilibrium: Light Circle [1.43] updated on Friday August 21, 2020 is the Puzzle for Android developed by InfinityGames.io

Features:
Calm game: Space games aren’t very relaxing, but Equilibrium is as calm as taking vacations on the moon. Its universal rules and minimalist design will let your ideas flow and you will think faster than a meteor!
Universal odyssey: Get into orbit to save the Earth from oblivion! You must alight the aurora and extinguish the dark nebula to circle the planet with light and solve the enigma. Then you can return home!
King of space games: Going from Mars to Jupiter, Equilibrium is a dystopian odyssey where you need to be bright as a comet and fast as a meteor.
You are the alien: Alien adventure mode across 200 levels and 20 immersive galaxies. Once you master it, you cannot stop playing.
Return home: Usually the sci-fi stories are about space missions, Jupiter ascensions or alien attacks. Equilibrium is all about alight mystic shapes and create symmetries as fast as you can!
Free to play: Equilibrium is available in every planet and is 100% free! Draw minimalist lines to reflect the shapes and alight the symmetry!

Equilibrium: Light Circle is the drawing game where you need to create a light flow by reflecting the aurora with a single line. Fast as a comet and furious as a meteor, you will get into orbit – from Mars to Jupiter – until you illuminate the whole universe and return home.

Can you save the planet from a dark nebula?

Symmetry after symmetry, Equilibrium is different from all the other space games. This calm drawing game merges the universal and simple features of the relaxing brain-teasers with a space enigma. Its minimalist design and mesmerizing soundtrack will conquer your attention!

There is a colossal dark nebula covering the planet Earth and the absence of light is destroying the universe. All you need to do is draw a light circle around the planet, illuminate the universe and return home fast!

Have you went to the moon? Did you visit Mars or Jupiter?
Accept the challenge and solve the enigma!

Equilibrium: Light Circle is your chance to flow free into orbit and discover the mysteries of the universe. Even astronauts will be jealous of this universal odyssey! Start drawing as fast as a comet, create calming symmetries and illuminate the aurora.

Circle by circle, you need to keep calm and alight the nebula causing this dark equinox. Bright as the moon, each symmetry will provide more and more light to the universe, helping you to return home. Are you ready to this space adventure? Let the enigma begin!

Free of the space games clichés, Equilibrium: Light Circle is the fusion between a minimalist flow free game and a space mission. On this calm game you don’t need to think fast nor have special training to get into orbit across Mars, Jupiter or the moon. Safe from any meteor or comet, feel free to illuminate the aurora anywhere, anytime with anyone from your circle!

Based on universal rules, the equinox game stands out from other space games that talk about Mars, a meteor or an alien. Reminiscent of the flow free games, Equilibrium creates the perfect balance between a moon adventure and a minimalist brain enigma. Perfect to relax, you can play it on the bus, during your lunch break or at home. Just alight the aurora and illuminate the dark nebula!

Ready to ride a comet on the most relaxing of space games?
When you are into orbit, you become the alien!