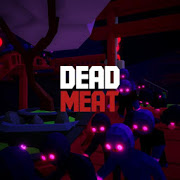 Lethal acid rain has turned 99.9% of the population in the world into flesh-eating zombies. The earth is in ruins, as these devastating undead zombie hordes eat their way through the last remaining survivors. Survive the zombies and fight your way to safety with FPS guns through endless waves of zombies.

Choose from an arsenal of Zombie Survival Game FPS weapons including gun machine guns, gun assault rifles, pistols, shotguns, melee weapons, axes, and much more and fight off the endless waves of flesh-eating zombies in a post apocalyptic, console quality graphics at 60 FPS.

Navigate and clear through this post apocalyptic Zombie FPS In survival mode. Fight off endless waves of bloodthirsty zombies. The survival map takes place in legendary modern Japan. Fight your way through the beautiful streets of Console quality graphics at 60 FPS on a post apocalyptic environment at 60 fps with a variety of guns and melee weapons. This game will test your survival!

As a rare survivor of the acid rain, humanity depends on you!

Amazing mobile controls, an intuitive joystick, various aim settings to personalize your experience as well as adjustable console quality graphics to achieve 60 FPS on all phones