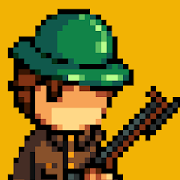 The World War 1 warfare 1917 game is all about trench warfare. If you are a military enthusiast, this game is for you. You will enjoy this game equally as pro gamer or a casual player looking for a good game for time pass.

Remember to use gas masks and hold the last trenches until the enemies quit. Captain, the troops are waiting for you!