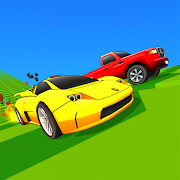 FEATURES
◉ Speed up your car faster than other racers to win.
◉ Upgrade your car speed and gearbox level to beat better racers each level.
◉ Shift the gearbox right time otherwise your car engine will be overheated and explode! Upgrade your engine cooler to prevent explosion.
◉ Challenge boss opponents every 5 levels. Remember, you will get their keys if you win!
◉ Join live tournaments and win exclusive cars & earn money.
◉ Pass the finish line as fast as possible so you can earn extra amount of money. 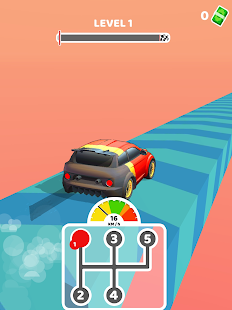 PICK YOUR DREAM CAR
Upgrade your car to speed up faster and gear up at the right time! Progress more to stock up your garage with most popular cars.

BECOME A STREET LEGEND
Start your racing games journey with over 200 levels to play! Become a legend racer and rule the streets !

BOOST YOUR SPEED WITH TURBO ENGINE
Use nitro to boost your speed if you are having trouble to beat your opponent! You can also use nitro & turbo in the beginning of the race in order to take early advantage against the other racers. 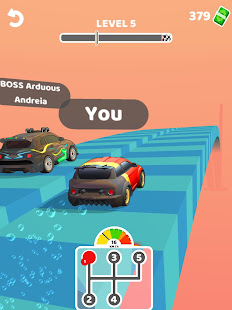 Gear Race 3D , published by Rollic Games , is exclusive for manual gearbox fans and for those who describe themselves as a pro gear shifter & racer in car racing games ! Challenge all pro car racing opponents around the world, join tournaments with fancy cars.