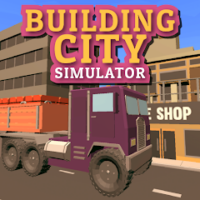 Description of Trucker and Builder Simulator! []

Trucker and Builder Simulator! [] updated on Saturday January 7, 2023 is the Simulation for Android developed by Looney Games

“Hey there real lorry truckers! It’s time to build your city! Deliver the supplies, drive around the limited road and become the best! Build a truck in this city simulator!

In these cargo games you will take every part in the city building process!
You’ll have to deliver a huge amount of various building supplies and different trucks are here to help you out in this builder simulator!
The most important part: don’t lose the cargo while you’ll be delivering it! Now you are a real trucker!
There’ll be lots of limited roads on your way, but our game will help you to experience the role of the city founder and the truck driver! City building games and truck driver simulator in one game!

Build your city of dreams!

Game features:
🏗 City simulator!
Build a city and get revenue from it. Pump your megapolis by improving urban living quality. You will love this builder simulator!

📦 Deliver the cargo!
Lorry truckers, take the order, build a truck, get on wheels and take the road. These cargo games were made for you!

🚧 Offroad riding – truck driver simulator!
Get to the destination point without losing any of your cargo! There will be lots of limited roads on your way starting with hill climb racing and ending with trees on the road that you’ll have to drive around if you don’t want to lose anything! Now you’re a real trucker!

🚚 Huge amount of wheels!
Operate truck cars of any kind and pump them up! Game features a variety of realistic vehicles: big Russian cargo cars, semi trucks, lorry, huge American trucks and many more! Build a truck and become the best in this city simulator game!
You can choose from more than 15 vehicles!

Unforgettable adventures are waiting for you in city building games with lorry truckers!
“