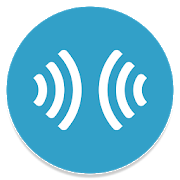 SayHi Translate [4.2.21] updated on Thursday September 10, 2020 is the Education for Android developed by SayHi LLC

Instantly speak another language, for free, with SayHi Translate on Android! Have a conversation in two languages and hear your voice translated instantly.

+ With SayHi Translate you can translate to and from the following languages:

+ The following languages have dialect support:

+ Languages at your fingertips:
Quickly change languages, choose male or female voices (where available), and speed up or slow down the rate of speech

+ Hold to type:
Hold the mic button to quickly bring up a keyboard.

+ Localized in many languages

+ Accessible:
Android Talkback is supported, and improved navigation for accessiblity.

+ Perfect if you want to learn a new language, travel to a foreign country, or chat with people who don’t speak your language.

We love hearing from customers and are always working to improve SayHi Translate. Feel free to send feedback to [email protected]!