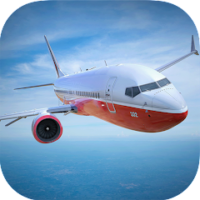 Now it is possible to experience the feeling of flying a real airplane like a real pilot with Flight Simulator Online airplane games. Download from mobile and play newest flying simulator of airplane games online.

Cabin crew cross checked and ready for your take off in this flight simulator. Also world is ready, see how an airplane could fly with a master captain in a flying game.

Takeoff Class and Landing Class master the most important plane flying skills fly flawlessly, which can be done with all of the airplane selection in game. Experience flying like a bird with help actual wind master the flying without an engine in glide mission airplane game then you can fly across mountains attain a majority as a pilot.

Update to our latest version to make sure you don’t miss;