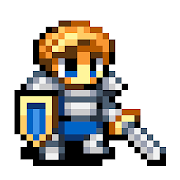 Description of Ancient Empire: Strike Back [1.9.5]

Ancient Empire: Strike Back [1.9.5] updated on Tuesday July 28, 2020 is the Strategy for Android developed by Statlex

The fantastic thrilling turn-based strategy sequel, Ancient Empire II, Strike back. Based in the fantasy realm of Thorin, you control two royal brothers: King Galamar and Valadorn, as they seek to save their kingdom from an evil shadow demon. What this translates into is eight levels of Advance Wars-style tactical battle, pitting your modest range of units (soldiers, archers, catapults, dire wolves) against the enemy's vast forces.

- There's a skirmish mode where you can get together with a mate and take a series of quick hit battles.

- Map editor is available. Create your own maps for more pleasure from the game.

Please, rate the game. Your opinion is very important for us to improve Ancient Empire: Strike Back.