Brawl Quest - Beat Em Up Fighting Action [4.9.12] updated on Tuesday December 15, 2020 is the Action for Android developed by ThinkBIT Solutions

Brawl Quest is an arcade action beat ’em up that features fast-paced action with simple controls! 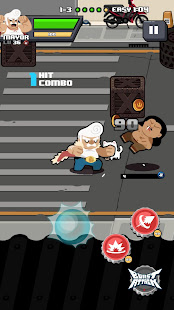 Tap to attack, swipe to dodge, use your burst to deal massive amounts of damage to your enemies! In this beat ’em up brawler, you’ll need to master your character, the enemies, and your equipped pets!

Collect different characters, try your hero’s skills, and combo your way to victory. Fight across several areas, and stages each with their own epic boss battles, and unlock them as playable characters.

Simple Controls
– Portrait optimized gameplay
– Gameplay so simple, you can play it with only one hand!
– Intuitive gesture-based controls: Tap to attack, drag to move, swipe to dodge.
– Use powerful skills with a press of a button
– Use your burst move to unleash your character’s powerful ultimate ability to deal devastating damage 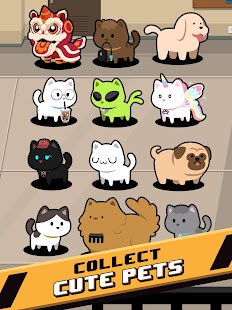 – Inspired by retro classics, the game takes place in a city-scape showcasing modern areas and environments
– Explore the different areas of the city such as gang hideouts, fast-food restaurants, factories, sewers, highways, and more!

Pet Collection as Equipment
– With over 20+ pets to collect and equip with varying powerups, your equipment combination is limitless
– Customize your playstyle with buffs
– Your pets will follow you in-game as an added bonus

Hero Collection
– Unlock varying brawlers in the game and try out their unique and powerful skills to defeat your enemies
– Each character has their own type, play style, strengths, and weaknesses.
– Unlock build your team of brawlers to adapt to each situation. 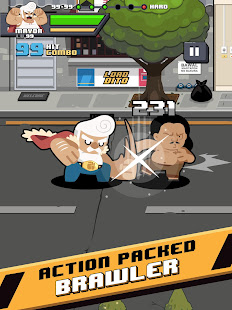 Offline Mode
– Brawl Quest is playable offline even without Wi-Fi or Data. Beat up those baddies anytime, anywhere!

The Brawl Buffet: Endless Mode Update
– Fight endless waves of enemies and randomized stages
– Find out how strong you can get by picking up random powerups
– Play around with different builds to find which works best for each situation 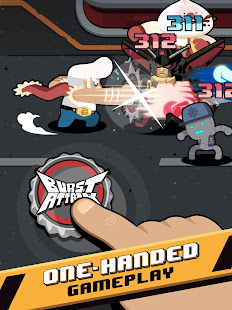 Evil bosses have run rampant across the Metro. You must find them and stop them! Go through vast areas of the Metro, complete quests, defeat challenging bosses, unlock unique brawlers, and collect cute pets. Join Alice and Luwan in this all-new beat em up as they fight across the Metro and restore peace and justice to the city.