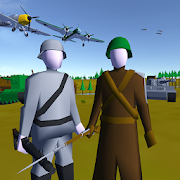 East Front [0.53] updated on Thursday July 16, 2020 is the Action for Android developed by Thorium Game Lab

I am a 1 man developer. This game is a work in progress, please expect bugs and some incomplete content.

Take command of units and lead them into battle to conquer the enemy strongholds.
Order your units to follow, stay, or charge the enemy lines.
Gain resources to build a wide range of defenses, weapons, and vehicles.

Intense ww2 battles with hundreds of units to command and destroy!
Fight on dynamic battlefields or create your own maps and battles in sandbox mode.

AP and AT Mines.