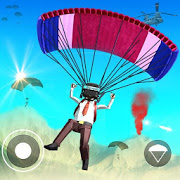 Pixel Battle Royale [Varies with device] updated on Wednesday June 17, 2020 is the Action for Android developed by Timuz Games

Pixel Battle Royale is not your traditional shooting games! This game is all about guns, guns and huge guns! Jump into the filed with your champion and build your stronghold in the battleground. Enhance your shooting skills with our action shooting game.

Frame your own way to the victory! This is an ideal opportunity to demonstrate to them what we precisely are and what we can do to beat them. You have different weapons like Pistols, SMG, Rifle, Sniper, Grenades, and RPG to wipe out in Pixel Battle Royale game.

Favor yourself very innovative and sharp and plentiful to make tremendous destruction on the battlefield, Everybody has an equal opportunity for survival

Get ready for the darkness in the pixel battle royale. Fight up to your best level and become the last man existing.