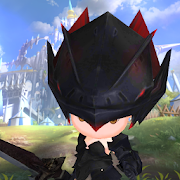 Hunters!
You are not [alone]. Break through [500 dungeons] with your friends.
Resist in dungeons invaded by various monsters, defeat BOSS monsters, and get companions.
You can catch stronger BOSS monsters with a party consisting of various classes (3 people).

It is stronger if [3 characters] unite than 1 character!

1. Create a variety of strategies with a group of three.
-Strategic play is possible in the composition of [My Party] with various classes and skills such as archers, wizards, spearmen, and swordsmen.

2. Character acquisition is [free]
However, growth requires your [effort].

-Acquisition and growth of characters with various characteristics with the goods obtained from game play, and the formation of a party that is the key to strategy
-Certain skills increase [range] or [number of projectiles].
-Attack power can be maximized by strengthening the weapon, and the appearance of the weapon is changed every 5 stages of enhancement.
-Dozens of Guardian Stones allow you to configure your character’s characteristics in a wider variety
The Guardian Stone makes my character stronger, such as [Character Stat], [Skill Ability Enhancement], [Basic Ability], [Defense Ability]….

3. Dungeon attack is more fun with time attack method.
-You have to catch monsters, BOSS monsters appear
Look out. It can appear right next to you.
-A special dungeon gate in the dungeon opens at random
Look out. Only giant monsters can appear. However, the reward is certain when it is broken.

Fixed a bug in which the time attack record time of'Devil's Tower' was saved as the latest record.