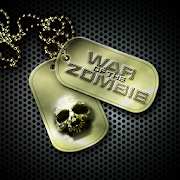 War of the Zombie [1.3.96] updated on Monday June 1, 2020 is the Strategy for Android developed by Van der Veer Games

War of the Zombie brings together the best of turn-based simulation and real-time strategic gameplay action across the entire world at the very start of a mysterious undead outbreak.

As Global Operations Director of Safe Industries, take charge of its Ark Carrier and recruit marines & other personnel, purchase real-life military equipment, research advanced technologies, move across the world within range of real-time missions, nuke, scavenge, infect, bribe and defend against the world’s country governments in an attempt to save humanity from the zombie pandemic and resulting chaos.

MAIN GAMEPLAY FEATURES:
– Choose, equip and drop a team of 4 marines & vehicles into real-time combat
– Survive, die or turn undead in zombie-infested, fully destructible mission zones
– Enter, drive and fire from Humvees, BMPs, MRAPs, Mobile Gun Systems and Tanks
– Pinch zoom in/out of mission zones as well as your global tactical map
– Decide where to station your marines and how they develop as they increase rank & experience
– Recruit & train marines, advisors, researchers, diplomats and doctors to aid in your quest
– Research & Develop advanced technologies to aid in your missions success
– Bribe, infect, scavenge, nuke, airstrike 200 country governments around the globe
– Build up arsenals of real military weapons on your double-hulled command carrier
– Build specialised labs to complete R&D and fabricate technology surplus to sell
– Build up to 4 Forward Operating Bases at any one time to extend your mission deployment
– Explore & scavenge procedurally generated underground bases
– Change in-game text at any time to English, Russian, German, French or Spanish

WOTZ IS EVER EXPANDING:
War of the Zombie has been developed as a ‘near’ open-ended (it ends when there’s no longer any surviving human population), ever expanding game with new missions, maps and features added in each update as well as our favourite fan suggestions. We listen to all feedback and suggestions on new map & mission types as well as additional features.

BECOME A WOTZ FAN ON FACEBOOK :
Become a fan of War of the Zombie by liking our facebook.com/warofthezombie fan page and drop us a note on things you want to see in the next updates, comment on the game or post your best action screen caps and get your face in the game as a marine recruit!

DOWNLOADING & INSTALLING:
Please make sure you have a good internet connection while downloading / installing / launching game for the first time. After that, you will no longer require an internet connection to play.
For new installs, please first enable the game’s storage permission before launching the game. Alternatively, you can launch the game then select ‘allow’ when prompted, exit the game, then relaunch the game.

FOUND A BUG OR HAVE ANOTHER QUESTION OR ISSUE?
You can find an additional FAQ on our facebook fan page, or feel free to email us with more details so that we can help solve the problem you are facing.