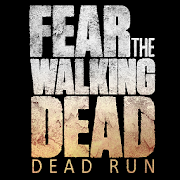 Fear the Walking Dead:Dead Run [1.3.21] updated on Thursday September 3, 2020 is the Action for Android developed by Versus Evil

Fear the Walking Dead: Dead Run is an exhilarating tactical runner that puts you inside the apocalyptic fall of Los Angeles from AMC’s hit series Fear the Walking Dead. Relentlessly pursued by the undead, you flee across familiar LA landscapes as the city is overrun; an abandoned church, a high school, the local sports arena. Shoot too much and you’ll slow down. Don’t shoot enough and you’ll be overtaken.

– Exciting episode levels – 6 special show levels available, with more coming soon. Relive the most horrific events from the TV series and see if you would survive.

– Play as your favorite characters from the show –
Unlock Travis, Nick, Madison, Strand, Daniel and Chris. Each has their own strengths and weaknesses and come with their own weapons. Will they survive in your game?

– An arsenal at your fingertips – Over 50 weapons at your disposal. Load up with a powerful arsenal of shotguns, rifles, handguns and more.

– Outlive your friends – Connect to see who makes it the farthest through the city. Run past the lurching bodies of your undead friends!

Characters and Weapon Packs are still available for purchase