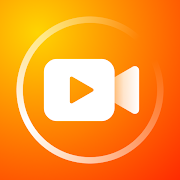 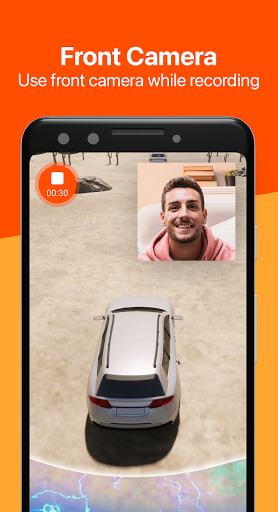 No Root Needed
No Fee To Use

The screen recorder application is used as a powerful tool to help people create videos from recording the phone screen. Not too complicated, just a few buttons and can record and create videos already.

Screen Recorder is very used by new youtubers in creating videos, helping them to build videos faster, better and more convenient. After recording, youtubers can add music and cut videos right on the eRecorder application. 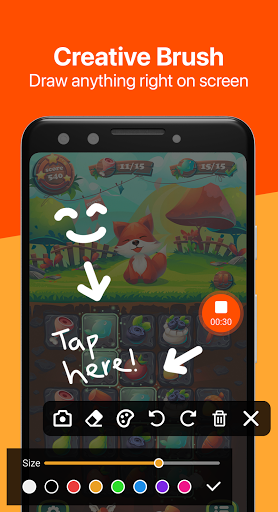 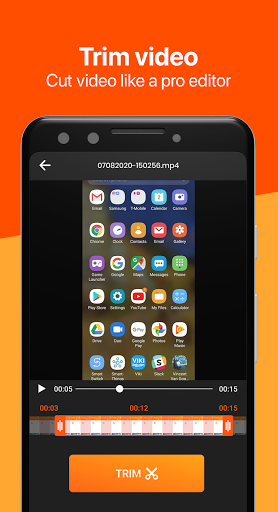 ●Google does not provide an API for internal audio recording on Android 9 and below, but eRecorder has a solution, allowing users to record audio through a microphone. However, Android 10 and above can fully record INTERNAL SOUND.

2. Why do I only get video with black screen when trying to record 1 movie? 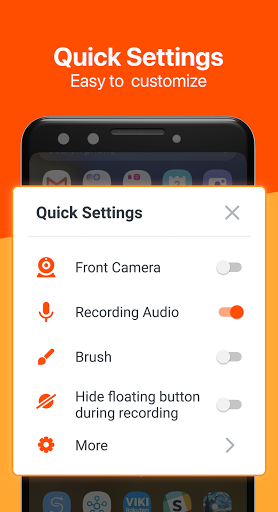 3. Why does recording stop while recording?

Stopping suddenly can be due to a number of reasons:
● Screen recorder is a heavy and resource intensive task. Therefore, sometimes your system has to kill eRecorder for recording device to save memory, battery and other resources for higher priority applications.
● The recording service runs in the background and has a lower priority than other applications running in the foreground.