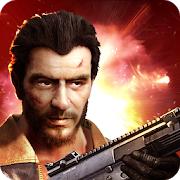 Zombie Avenger [1.0] updated on Tuesday July 21, 2020 is the Adventure for Android developed by Charm Tech.

A mysterious meteorite fell in the Z City, no one knows that this will be the beginning of a catastrophe. The meteorite carried a terrible alien virus. The virus broke out and the Z City was in turmoil. You received a call for help from the survivor, she is still alive! But the situation is extremely dangerous, and now set off to save her!
The Z City crisis is heavy, it is more dangerous than you think! People infected with the virus have produced terrible mutations. They have no pain, powerful, fast, and are extremely aggressive against uninfected people. They have even evolved even more terrible skills. Lurker can crawl on the wall like a spider; Joker laughs and plays a deadly killing magic. Nurse wears a bloody uniform and pick up the butcher knife. Even some have lost the human body, becoming more horrible and more deadly.
The Warriors will not be afraid of the challenge! Only indomitable can you win the final war. Pick up your weapon, hold the gun in your hand, step on the journey, there are people waiting for you, and more survivors need your help. Throw away your kindness, pity is a gift to the survivor, and only the killing is enough for the infected person. Don’t hesitate to fire at the infected person! Gunpowder will make them rest, and the roar of iron and fire will become their requiem. Come, hold a grand funeral for dead! You are the only reinforcement, you are a cold shooter, you are the last savior!
This will be a stimulating shot contest, keeping your sniper’s sense of smell. Aiming, shooting, firing, ensuring that all movements are completed in an instant, and there is hope for survival.
Come and fight, the Warriors! Save this infected land and save the invaded citizens. The breath of death will not permeate for too long. The final light will come! Pick up the gun and start shooting! NOW!