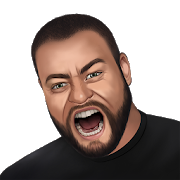 THERE IS NO FOOTBALL WITHOUT ULTRAS!

“Ultras City” is a unique football fan simulation. Ultras are the most loyal and extreme fans of any football club that show their loyalty with glory and aggression. For them, football is a religion. Ultras is their way of life.

Love the football games for free? You’ll really enjoy this role playing game.
Ever wanted to live a life of a football hooligan in… Russia? How about joining the football ultras back in the 90s? Now you’ve got the chance!

Join thousands of players in this role playing game and become the most dedicated fan & furious streetfighter out there! Coolest fighting sim and action games await you. Also this in fun online multiplayer games!

In the “Ultras City” you can experience the full specter of football hooligans’ life in old-good 90’s Russia. Join a fan-club, visit pubs and stadiums, stand for your favorite team in brutal street fights – do everything you’d expect ultras were doing, but safe in RPG games free.

Thoroughly created football fan simulation allows you to dive into the world of football, streets and frenzy right on your mobile’s screen free of charge! Choose a club, play mini games, join its ultras and begin your journey of a dedicated football fan.

Support your team on football matches, complete tasks and quests for your fan-club, fight opponent’s ultras and mob members, visit pubs and other locations and even create your apartments in a classic Russian style. Simulation games offline in your smartphone.

Football games for free but much more! Life simulator games that will not bore you. There are dozens of diverse activities waiting for you to try this 3D fighting simulator!

HERE IS WHAT YOU GET IN ULTRAS CITY:

Role playing game: choose your club, customise your character and help it rise in the overall ranking by achieving tasks, completing challenges and beating scores;
RPG games free: become a football fan in this ultras life simulator. Go to football matches, take part in the fan club’s life, protect its interests, and make your opponent’s life pity;
Fighting sim and action games: defend yourself and your club in furious battles against various opponents from other ultras to criminal gang members;
Football fan simulation: cheer on your team in the stadium with mini games, enjoy the big atmosphere of football games for free;
Online multiplayer games: fight other clubs in fistfights in the forests and become the ultimate ultras champion;
3D fighting simulator: bay of gangsters in the slums and squeeze their stuff for sale;
Simulation games offline: eat, drink and live football by visiting different pubs and other places where ultras gather for hanging out;
Arrange your life in an ordinary Russian flat – change furniture, make your place home;
Life simulator games: live in the spirit of the 90s, do anything you want, make your own story.

COMPLETE ALL THE MINI GAMES AND COMPETE WITH OTHER PLAYERS!

Want to be the king of ultras? Online multiplayer games can help you! Now is your chance to prove yourself! Compete with other players on various scoreboards, beat them in numerous team fights or simply be the best fan of your club by completing tasks and challenges. Like in a classic 3D fighting simulator!

Simple yet amusing gameplay and competitive elements make this game remarkably fun and exciting. Are you ready to compete in different tiers and prove your mettle against formidable opponents worldwide in multiple leagues? Play our RPG games free and prove it to all the league!

Like to play simulation games offline? No worries! You can also play this life simulator games with no internet!

So what are you waiting for? Now you know what to do! It’s time to start making history! Your time has come!

Want more fighting sim and action games? Or have a question or ideas? Contact us!
E-mail: [email protected]
Website: http://ultras.city