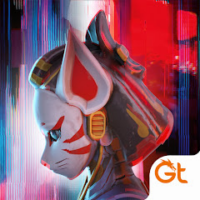 Descriptions :
Typical fight with a variety of moves, especially defensive ones
Metal Revolution is a truly classic fighting game. The two sides fight hand in hand. Use simple buttons that appear on the screen to control your robot master: on the left is a group of arrows for movement, including jumping and defending. On the right is the skill system. Press each button to perform each action and use movement + dexterity at the same time to transform with different combinations depending on the robot type and level you own.
Metal Revolution is particularly different from other robot fighting games, giving you the ability “Rage Skill”, a form of ultimate attack that deals great damage to the enemy, possibly an instant death.
One thing I like about playing Metal Revolution is the defense system. Each character has its defense ability. Anyone can beat it, but to live long and put your opponent in a defeated position, this game’s unique defensive moves are the secret. The more defense you practice, the more likely you are to win, especially any time your opponent uses a rage ability. Because if you defend and survive, you will immediately counterattack when they need time to recover. At this point, fast hitting and killing is as easy as turning your hand.
Everyone will be amazed by the robot masters here
The army of robot masters in Metal Revolution is the perfect treasure that makes this game famous. It doesn’t just focus on showing heavy weapons like other robot games. Playing Metal Revolution you will witness strange robots, unique human simulations, like the model of characters in Cyberpunk. With many different shapes, personalities, colors, and sizes, each robot has its strengths and weaknesses.
Large robots are strong and have destructive power, but are bulky and have poor mobility. Small robots/machine warriors simulating female characters have dangerous movements, extremely fast attacks and very flexible movements. You might think you’re playing a combat RPG because the robots here are too human, not to mention the way they move is too flexible.
The more diligent you are, the faster you will rise in the ranking
This game is all about robot battles. So if any of you are dreaming of romantic epic fight scenes and all, it’s not there. There is only one arena at a time. While the scenery may vary slightly from the rooftop of megacity to the ghost towns in the desert, what they all have in common is that they are all very straight forward, dry and direct. What you really need to focus on is observing your opponent, then experimenting with your attacks and practicing your defensive skills well.
Metal Revolution for Android
Playing Metal Revolution has almost no sublime tricks. Those who practice a lot and work hard to perform a lot of combos can get into the battle faster and farther. Many game modes offer different training options like Arcade, Tutorial and Training. If you’re good enough, just go to the battlefield and gain positions in the leaderboard.
Interestingly, in future updated versions, the manufacturer will also include many strange features that first appeared in the Metal Revolution robot game. These include the ability to customize corridors to create battles to play with friends; or have more spectators to give players more fighting feeling; or the ability to chat with the fighters and audience in real-time, just like a live broadcast. I don’t know when these new versions will be available, but it’s worth waiting for, isn’t it?
Features :
* Excellent visuals through amazing models and realistic cutscenes
* Authentic experience fighting arcade games
* Enjoy hardcore battles at up to 60 fps
* Easily perform basic actions and combos with a few taps
* Acquire advanced techniques and combinations with well* timed inputs
* Break your opponents’ defenses with mixed alternative and passive* aggressive techniques!
* Charge energy and unleash the ultimate move when the time comes
* Anthropomorphic, animal, American, Chinese, Japanese… Unlock mechas of different styles to expand your collection
* Each mecha has its unique fighting style and abilities
* Personalize your mechas with different skins
* Fight in a variety of cyberpunk scenarios, from the rooftop of a prosperous city to a ghost town in the middle of the desert
* Collect funny emojis to taunt opponents or exude confidence
* Earn trophies in battles
* Exchange them for various rewards
* Upgrade mechas to unlock their super moves
* Unlock mecha talents and create your own talent combo

How to Download and Install Metal Revolution?
First, click the download button, the APK file will be downloaded automatically.
Locate the downloaded APK file in your phone’s Downloads folder and open it to install.
Go to your mobile settings, click Security, then Unknown Resources.
Now open the app and enjoy.

You can be the legend in this next-gen multiplayer fighting game!

Metal Revolution is a free, hardcore mecha fighting game which will bring you to the new era of fighting with simple controls, cyberpunk maps, profound game mechanics and 60 fps optimization. Flex your skills with a variety of unique mechas, from Muay Thai boxer to gangster, in global ranked matches. Check out the lore of mechas and the cyberpunk background story in Arcade Mode. Earn trophies to unlock and upgrade mechas. Whether you are a new or veteran player, it’s time for you to prove yourself in epic battles!

Simple and comfortable controls
-Simply perform basic actions and combos with a few taps
-Acquire advanced techniques and combos with well-timed inputs
-Break the defense of opponents with mixed, alternate, and passive-aggressive techniques!
-Charge up energy and unleash the ultimate move when the time comes

A great variety of mechas, scenes, and personalized items
-Anthropomorphic, animal, American, Chinese, Japanese… Unlock mechas in different styles to expand your collection
-Each mecha has its unique battle style and skills
-Personalize your mechas with different skins
-Fight in a variety of cyberpunk stages, from the rooftop in a prosperous city to the ghost town amidst the desert
-Collect funny Emoji to mock opponents or exude confidence

Numerous game modes for you to play
-Show your opponents what you got in the Versus mode!
-Team up with your friends in the Duo Versus mode
-Use different mechas to combat in the King of Fighters-style Versus mode
-Play with other players face-to-face in the Local mode
-Choose your opponent in Game Hall and beat them hollow
-Complete the challenging stages in Arcade Mode