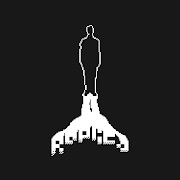 Replica [1.4] updated on Sunday November 8, 2020 is the Adventure for Android developed by Zero Rock Entertainment

Description :
Replica is an exciting adventure project in the form of an interactive novel in which the protagonist, i.e. the players, receives someone’s phone and is asked to find irrefutable evidence that the previous owner was involved in terrorist activities. Players will search through old requests, contacts, messages in messenger and social networks, collect information about a person bit by bit, and gradually come to an incredible discovery.
Features :
* 12 multiple endings
* 8 achievements

- Resolved an issue of Achievements button