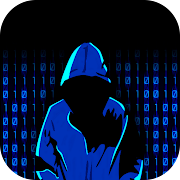 Description of The Lonely Hacker [15.4]

The Lonely Hacker [15.4] updated on Monday January 31, 2022 is the Simulation for Android developed by The Lonely Developer 2020 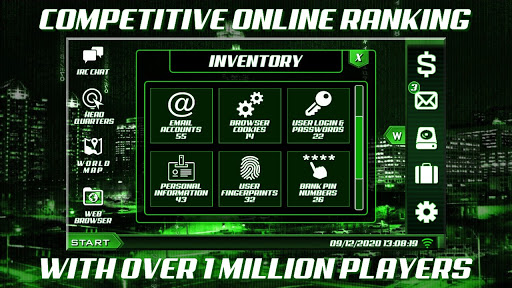 The Lonely Hacker – The era of technology development now everyone is familiar with using computers and modern gadgets. It is one of the greatest inventions of mankind, which can bring many people to communicate with each other, increase work productivity and make life better. As we all know, crime is everywhere, and the IT industry has crimes of its own. Those who use other people’s information, steal important documents and corrupt devices with virus technology are called hackers. They do this for extortion and see it as a profession.

BECOME A HACKER IN EVERY COUNTRY

The first thing that can surprise players in The Lonely Hacker is the ability to choose any part of the planet as a temporary residence. Right at the beginning of the game, a secret organization contacts you and informs you that you are now a member of it. These people pay for your accommodation almost anywhere in the world, so all you have to do is decide them. The choice is large enough – from the countries of Europe and America to Africa. Each country also has several cities.

Since professional specialists are responsible for the development of The Lonely Hacker, the game turned out to be extremely realistic. During the game you have to do dangerous work by hacking Wi-Fi, computers and servers and earn money for it. Start by guessing Wi-Fi passwords and eventually hack into the government base to gain access to military secrets. You have to pay for any work, but players have to sell information on the black market with their own hands and get a good profit for it. 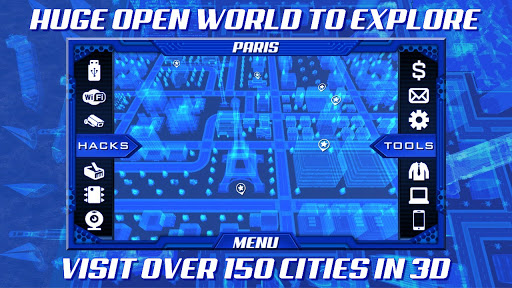 For those of you who are tired of hacking in The Lonely Hacker, the developers of the application have provided mini-games that will help you relax and have a good time. This entertainment will not get you further in the passage, but it can help earn some money on your in-game account. The important thing is that it’s legal. Enjoy the addictive gameplay of the application and engage in various in-game activities – both legal and illegal.

The Lonely Hacker application consists almost entirely of screens, numbers, letters, correspondence and forums. Therefore, there is no need to talk about beautiful pictures, three-dimensional graphics or vivid views. However, the essence of the game is not about the graphics at all. So if this isn’t the most significant aspect for you in Android applications, don’t get too excited.

* Huge open world with all real countries to travel to and hack every possible device!

It can be said that this is an exceptional product because it is unlike any other game in the world. It simulates the boring world of a hacker looking at a computer screen all day. But if you focus on the gameplay, you will find a lot of exciting things. Many electronic devices are integrated and used in the player’s room. For example, CDs, USB devices and phones are also used as speech analyzers.
* Realistic hacking software and hardware!
* Mini-games for when you get tired of hacking! 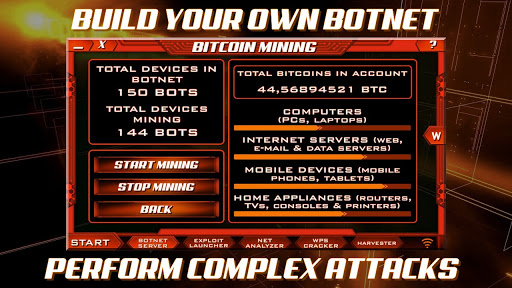 Turn your phone into the best digital weapon and become a true master of technology. You will hack everything you can imagine within an enormous open world and coordinate 100% realistic attacks with the tools we have designed exclusively for you.

Live a customized and different adventure each time you submerge into the cybercrime world. You will learn every method used by modern hackers and dominate all the attack vectors, from the most common up to the most exclusive ones, known only by security experts and the most dangerous cybercriminals.

The knowledge you obtain through the detailed tutorial that will teach you how to use each one of the tools available will also serve you in real-life to better understand the digital world we live in. You will be more aware of the dangers lurking behind each corner in the labyrinth that is the internet and you will feel like a true hacker. 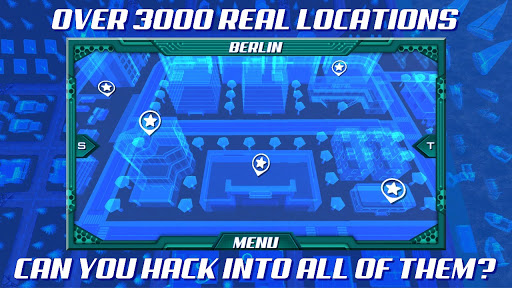 – Big open world with all the real countries to travel to and hack every device possible!

– Mini-games for when you get tired of hacking!

A game published by “The Lonely Developer” – An independent developer

Enjoy this game with NO ads and NO in-game purchases. You can read the complete changelog inside the game, in the NEWS section of the Hacker's Headquarters!