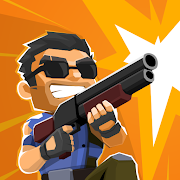 This game provides you a whole new way of controlling and shooting. 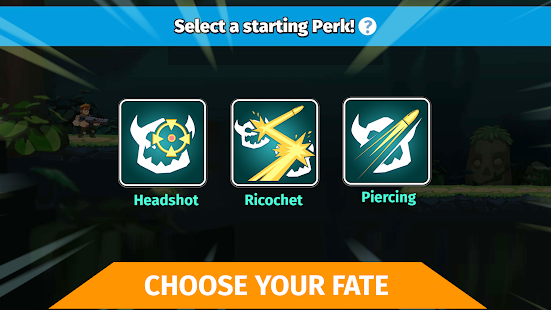 All the fun of an action-adventure game and shoot em up game is still there.

Grab your guns and fight back.
Protect your home and your land from invaders.
They came from nowhere and no one knows how they are armed with heavy armor and weapons. 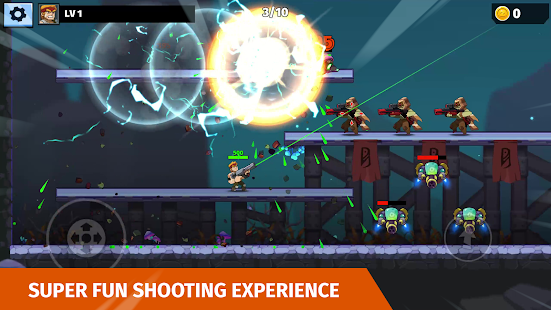 Be prepared!
This is a tough mission, but don’t worry! You’re not alone!
Assemble your squad of heavy metal soldiers and fight with them. 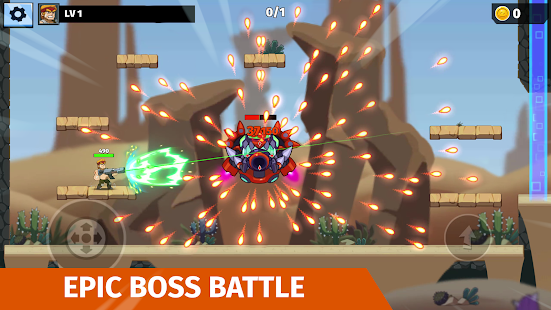 Side-scrolling gunman with tons of action.
Epic battle against 100+ types of enemy and bosses.
150+ rounds with 7 chapters until you take back the Earth.
140+ guns and many more to come in the next update.
Role-play in different heroes, such as Archer, Bomber, Gunman, Sniper, Metal soldier, Robot, Spaceship, Ninja, Panda with laser beams. 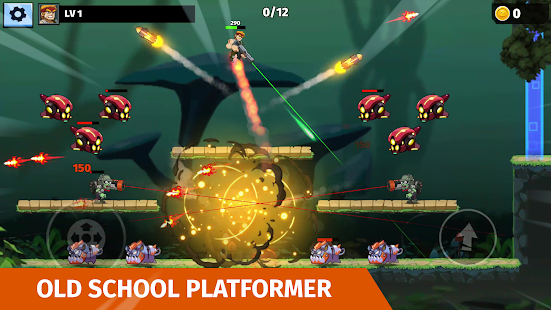 This is a true platformer with modern gameplay and art.

Gear-up and shoot them to death now!